A Kentucky coal company, Berkeley Energy Group, announced this week that it is building a solar farm on a reclaimed mountaintop removal coal mine in an effort to bring jobs to former coal country. 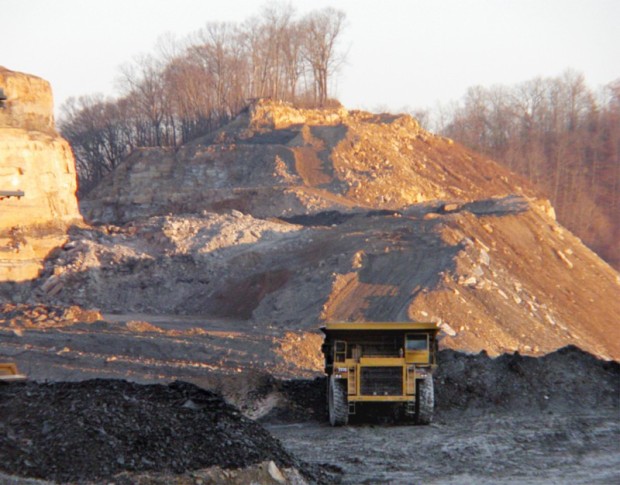 A dump truck moves dirt and rock from a mountaintop removal coal mine in Kentucky. CREDIT: AP Photo/Roger Alford

I love this idea: using renewable energy technology to pivot the fossil fuel industry into a thriving market. In 2009- mid auto industry bailout- I did a whole pitch to a McDonough School business class for auto manufacturers to pivot into renewable energy technology manufacturing to keep production steady, and enter into a burgeoning market.  It didn’t exactly happen, but I stand by that idea!

But in the meantime, I will happily settle for a coal country pivot to solar development. Solar can create jobs, produce sustainable energy, and help revive a region with a thriving market. It’s fantastic, and we want to see more! – L