WMATA and it’s DC Metro have it tough. They are short  money, but need to continue operating expensive mass transit facilities. We get it. We have worked with non profits and government agencies all over. Shoe string budgets are not fun.

But we caution against moving forward with a plan like the one described in this Washington Post article by Martine Powers, The 20 stations Metro could close during off- peak hours to save money are mostly in communities of color

Of course, we have an idea to help with that budget shortfall.

Give us a call, WMATA.

It’s probably obvious simply from the title, why this would be an awful idea for WMATA, and DC.  But just to drive home the point,  CityLab analyzed the plans and pointed out that “the Metrorail passengers who make less than $30,000 a year are more likely to ride during off hours”- they are also the demographic less likely to be able to just grab an uber or taxi, effectively stranding the poor with the proposed cuts. 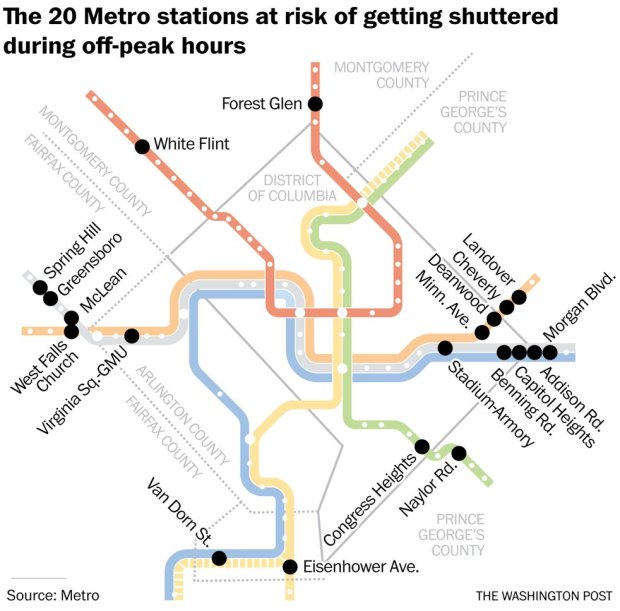 Justin Lini argued in Greater Greater Washington that even if the proposed cuts were just meant to scar local politicians into providing more funds to Metro,  the part-time closure proposal “sends a message to an entire portion of the region that’s already disadvantaged.”

But that’s not all, Powers points out that there are legal ramifications for a proposal like this.

WMATA needs to take race and class equity into consideration as they plan, as CityLab notes, “any changes that make Metrorail a much less equitable system make the city less fair and less sustainable.”